This is When Goal-Setting Gets in the Way of Happiness

Goal-setting is necessary—even helpful—at times, but it can also get in the way of a life well-lived. 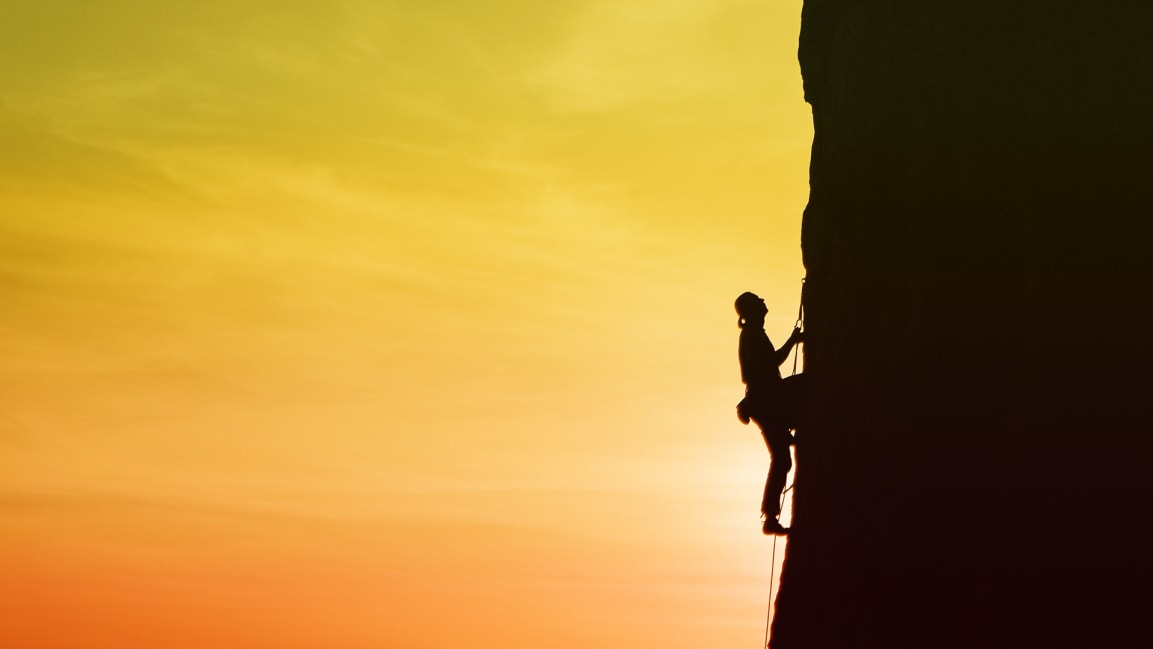 “It would seem,” wrote George Orwell in his essay Can Socialists Be Happy?, “that human beings are not able to describe, nor perhaps to imagine, happiness except in terms of contrast.” Orwell wrote about those who imagine future utopias unlike the worlds in which they are living. He argued they are like people with a toothache who think happiness comes only in not having a toothache. You set the goal of not having a toothache and organize your life and worries around that goal. When the pain is gone, you’ve achieved your utopia.

We live in an age of anxiety driven by an economic model of life where much of what we do is based on a contrast between where we are and where we think we want to be. We set goals that assume the goal of life itself is to attain, acquire, and become, whether that which we gain comes in the form of money, achievement, or recognition. Teachers, relatives, and others tell children to set goals about which college to attend or what career they plan to develop. What do you want to be when you grow up? Aim high!

Of course, it’s necessary to set goals at times. We’ll never find our way out of the environmental crisis we’ve created if we don’t do things like setting goals aimed at reducing carbon emissions. But goal-setting also presents a problem in that it pushes us to live for the future, rather than to experience the present.

Think of it this way: If I decide to climb to the top of a mountain and put my head down as I diligently ascend, I miss everything around me along the way as I focus my attention on getting to the top, and worrying about what happens if I don’t make it. It’s the base and sides of the mountain, as philosopher Robert Pirsig put it, that sustain life—not the peak. And if you get there, what do you find? Snow, rocks, cold wind, and maybe a nice view. But that view is of the world pushed into the distance, in which everything that allows me to stand atop the mountain is too small to truly experience.

Unfortunately, living for the future has a way of generating anxiety about the possibility it may not come true.

The problem with setting goals is that it creates a contrast between where I am and an imagined future of success, much like the utopian visions Orwell describes. Goal-setting, particularly long-term personal goal-setting, can easily become a life driven by the illusion that you can know where you are going. One looks ahead without recognizing the maze of potential roads leading in multiple directions from the point where you stand at any given moment. It’s a view from the bottom of the mountain in which you point to some spot above and say, I want to be there. The problem is that you have no idea what will happen once you start walking along the path to get there. And, of course, if you keep your sights focused on the end-point, you’ll miss everything along the way.

A release from anxiety arises when you focus on the present, rather than either the past or future. But life lived this way turns out to be much easier to talk about than to do. The cultures in which most modern and postmodern people live demand some level of planning and the ongoing political, environmental, and other problems we face behoove us to think about the future.

Thus, I’m not proposing that we all just wander around aimlessly through life letting the wind blow us from one thing to another. That sounds good in romanticized books about Zen, but it doesn’t work in our world. Proximate planning or goal setting can be very helpful, as long as one doesn’t become too attached to the goals set, particularly when those goals are set by others.

Put another way: Anxiety arises when the future becomes constantly contrasted with the present and we live our lives primarily aimed at a future that may never come to be. Our identities then become expressed in terms of that future, rather than centering on who we are in the present. It’s easy to drift from setting goals to becoming the goals one sets (or that are set by others). And a life hitching your identity to one end game means that you tend not to recognize the interesting moves and passages that might lead to more enjoyable end games—many of which were unimaginable when starting along the path.